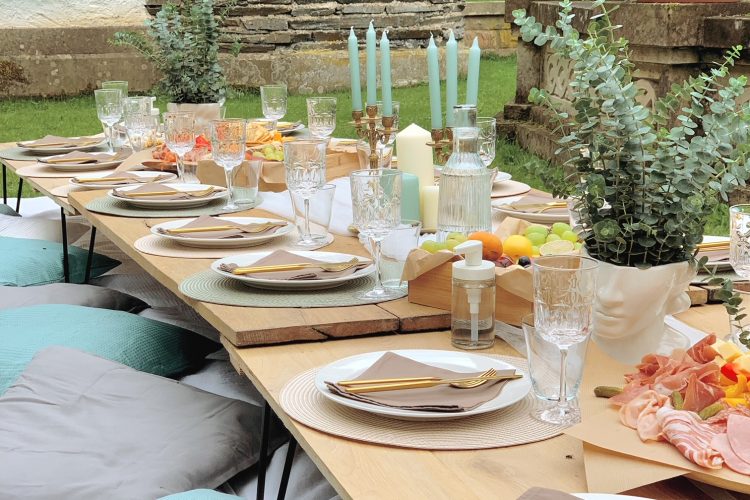 They’re somehow romantic, they tend to have a playful touch and literally every summer movie needs to have at least one of them in them: picnics have been a must-do since presumably forever, but have probably never been as popular as in these past few years. While most just happen on an old square blanket found at your granny’s attic and often only provide some tuna sandwiches and lukewarm champaign from cheap plastic glasses, there’s also a much more fancy version of snacking outdoors – in Luxembourg named Peachy Picnics (https://www.instagram.com/peach_nic/).

Almost 2.178 people follow her on Instagram, over 10.000 have already liked her posts on TikTok and each weekend, she brings a smile to whoever decides to book her: Kira is the founder and manager of Peachy Picnics, a one-woman-business for luxury picnics and small events. Her passion for creating the perfect outdoor experience for couples, friends or literally just anyone who loves enjoying life started a little over a year ago, when Kira discovered what was trending in Canada and the USA. “I watched TikTok and saw these videos about luxury picnics which are very common overseas but don’t really exist in Europe”, the 28-year-old entrepreneur explains. 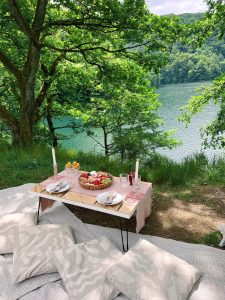 Having worked on a private yacht outside of Monaco for quite a while, Kira already had some experience when it came to decoration and luxury and just loved to decorate – for whatever occasion possible. When she met a guy – who later became her boyfriend – on the boat she was working on, she also discovered tiny Luxiland and decided to settle down in the small country that her new love called home. “I started doing a lot of picnics for friends, family and friends of friends to get content for social media”, Kira remembers. Sooner than expected, she became known as ‘the picnic girl’ and messages kept coming and coming.

Today, Kira is the owner of a small business and is now working full-time doing what she loves most: planning, organizing, decorating and simply creating luxurious picnics. From babyshower over birthday get-together to hen parties – anyone feeling like celebrating outdoors can be Kira’s ‘guest’. “The concept is really nice because you’re not inside a restaurant but can enjoy the nice weather”, Keira explains. Almost all her weekends are fully booked, sometimes leaving her to manage up to six picnics in just two days. The weekdays are a little more quiet, but the entrepreneur still spends all her time on picnics because chilling and eating on a nice blanket takes a big deal of preparation: “It starts with long conversations with my customers to find out what they want for their picnic, then I sometimes have to get an authorization for the spot I choose, I need to develop a concept, buy the missing decoration parts, and the list goes on and on.”

In general, to finally set up the picnic itself takes Kira about two hours and another four to clean up behind her guests. “I clean before and after each picnic and I bring everything people might need, from bottle opener to ashtrays to cooling box, because the concept is to come and enjoy and not to worry about anything – that’s my job!” For a minimum of 40EUR per person, food not included, couples or groups of up to 25 people can relax and feel fancy during their 3-hour picnic which always takes place in a very special place. “I usually choose public places, except if a company for example asks me to organize something on their premises. The spots I choose can be vineyards, parks, lakes or a hidden corner near to the city – just anything that has a nice vibe”, Kira explains. 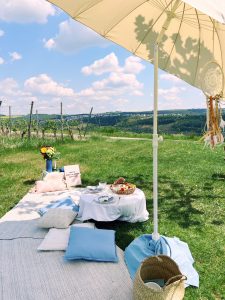 She likes to go with the flow and discover the country while making location hunting trips or just walking her dog. “I’ve been here for two and a half years and I’m still a foreigner, but I know more places than my partner who’s lived her for over 20 years”, she says with a wink. While at the beginning of her picnic career, Kira still used their second bedroom as storage, she now has a real office and lots of space to store all her self-bought or self-made decorations. A big advantage is her boyfriend’s van and the fact that Kira is a real handywoman. Recently, she bought a new “toy” to be able to carve names and small quotes into objects – a personalized touch that is appreciated by her customers.

“The picnics make up about 15 percent of my job and it’s often exhausting and sometimes frustrating, with all the paperwork needed in Luxembourg. But after each positive feedback I feel energized and I just love what I do”, Kira says. In the future she wants to open a catering company to be able to serve more people and also organize corporate events, but until then she sticks to the clientele she knows best: young, curious people that love to feel the small breeze while having a good time in nature. “The picnics are a really instgramable thing so my target audience is of course rather young. But soon I also want to be able to host older generations, with seats to make everything more comfortable.”

Her motto will however remain the same: “Life is too short to not live it extra.” And extra it is, as Kira proves with some anecdotes from her over 100 organized picnics: “One time I did a bridal shower as a surprise for a bride and it was held at a private castle in the middle of a lake. The location was so beautiful and authentic, when we arrived our jaws just dropped.” Another time Kira organized a small get-together for moms and their babies who spontaneously decided to invite her to join the party. “That was a fun experience and the first, and so far last time I was a guest at my own picnic!” 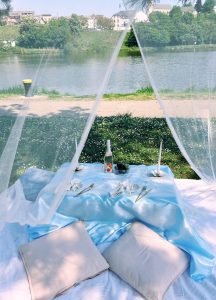 While most of Kira’s clients are female – “some girls organize a picnic as a surprise for their boyfriend but we all know it’s actually for themselves” – one of her male customers had a rather funky reaction to the outdoor activity: “Most men react really masculine but one literally thought his girlfriend was going to propose to him and he was super shocked!”, Kira says with a grin. To her, any occasion is a good reason to have a picnic, especially when the sun is out. For the more typical rainy days of Luxembourg, the 28-year-old also has the perfect solution: “Either we reschedule, or we just use my bubble tent which is also a really nice experience!” What can we say: picnics are just about the coolest thing to do and honestly – who hasn’t wished to spend a sunny afternoon on a nice white blanket, sipping fresh orange juice and fancy cocktails and making memories you’ll definitely never forget. 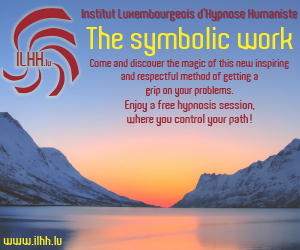